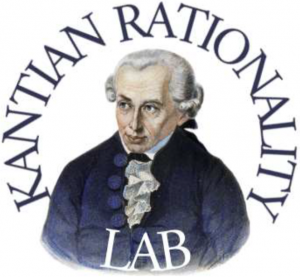 “As in the case of the understanding, there is in the case of reason a merely formal, i.e., logical use, where reason abstracts from all content of cognition, but there is also a real use, since reason itself contains the origin of certain concepts and principles, which it derives neither from the senses nor from the understanding.“
— Kant, Critique of Pure Reason (1781/1787), A299/B355.

The Kantian Rationality Lab Lectures are delivered by internationally leading scholars. They cover all areas of the Megagrant on Kant’s theory of reason, its principles, its manifold uses and functions, and its application to contemporary challenges in science, ethics, and the project of the Enlightenment. The lectures provide a regular forum for exchange between KRL members and the international community of Kant scholars and other philosophers. Everyone is welcome to attend the lectures.

Kant says: “Pure reason … gives (to the human being) a universal law which we call the moral law.” There is a renewed controversy in the Kant literature what that means. In particular, it is debated who gives a law to whom, and what ‘giving’ could mean in this context. In my talk, I follow Kant’s clues in the text that link the source of the moral law to the categories of understanding, and the claim that they are not innate, but “initially acquired.”